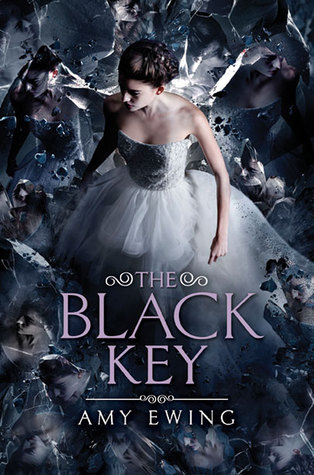 For too long, Violet and the people of the outer circles of the Lone City have lived a life of servitude, controlled and manipulated by the royalty of the Jewel. But now, the secret society known as the Black Key is preparing to seize power and knock down the walls dividing each circle.

And while Violet knows she is at the center of this rebellion, she has a more personal stake in it—for her sister, Hazel, has been taken by the Duchess of the Lake. Now, after fighting so hard to escape the Jewel, Violet must do everything in her power to return, to save not only Hazel, but the future of the Lone City.

END_OF_DOCUMENT_TOKEN_TO_BE_REPLACED

Garnet, the son of the Duchess of the Lake, has always been a spoiled playboy. But now, for the first time, Garnet is beginning to realize the horrors that his family, and the ruling community, have perpetrated. And he just may be ready to do something about it.

END_OF_DOCUMENT_TOKEN_TO_BE_REPLACED

Purchased at the surrogacy auction by the Duchess of the Lake and greeted with a slap to the face, Violet (now known only as #197) quickly learns of the brutal truths that lie beneath the Jewel’s glittering facade: the cruelty, backstabbing, and hidden violence that have become the royal way of life.

Violet must accept the ugly realities of her existence… and try to stay alive. But then a forbidden romance erupts between Violet and a handsome gentleman hired as a companion to the Duchess’s petulant niece. Though his presence makes life in the Jewel a bit brighter, the consequences of their illicit relationship will cost them both more than they bargained for.
END_OF_DOCUMENT_TOKEN_TO_BE_REPLACED

in this darkly riveting debut filled with twists and turns, where all that glitters may not be gold.

The Jewel means wealth, the Jewel means beauty—but for Violet, the Jewel means servitude. Born and raised in the Marsh, Violet finds herself living in the Jewel as a servant at the estate of the Duchess of the Lake. Addressed only by her number—#197—Violet is quickly thrown into the royal way of life. But behind its opulent and glittering facade, the Jewel hides its cruel and brutal truth, filled with violence, manipulation, and death.

Violet must accept the ugly realities of her life . . . all while trying to stay alive. But before she can accept her fate, Violet meets a handsome boy who is also under the Duchess’s control, and a forbidden love erupts. But their illicit affair has consequences, which will cost them both more than they bargained for. And toeing the line between being calculating and rebellious, Violet must decide what, and who, she is willing to risk for her own freedom.

I’m incredibly excited that The Jewel

is finally on my virtual shelf! Supposedly it’s similar to The Selection, so I can’t wait to read it. Interested in reading The Jewel